Delaware’s medical community recognizes Dr. Tilton as one of the most important physicians in our state’s history. Not only did Dr. Tilton save countless lives during the Revolutionary War, but he also shaped the future medical landscape in the United States. Dr. Tilton was a military physician war hero that implemented innovative infectious disease precautions such as proper ventilation that still have relevance to today’s world and the COVID-19 pandemic. As the first Surgeon General Dr. Tilton was able to set up systems and protocols to ensure proper sanitation and prevent the spread of diseases like smallpox and yellow fever. Dr. Tilton’s legacy is a man of many firsts—as both a physician and historical figure. 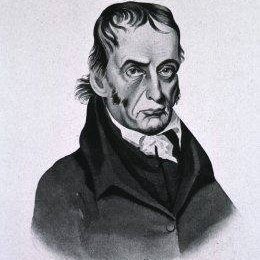 Dr. Tilton was born on a farm in Duck Creek in Kent County and spent most of his early years there before pursuing medical school. Dr. Tilton was one of the first men to receive medical honors in the Americas—graduating from the college of Philadelphia (now the University of Pennsylvania) in 1768 with nine other men. Three years later he presented a thesis on dropsy and became a Doctor of Medicine in 1771. After graduation, he returned to Kent County and established his medical practice in Dover.

In 1776, Dr. Tilton left his medical practice to join the First Delaware Regiment and was appointed regimental surgeon. He cared for the wounded in the battles of Long Island and White Plains. During a typhus epidemic during the Battle of Trenton, Dr. Tilton was able to test his theory that overcrowding was responsible for the high mortality rate in Army hospitals. Tilton modeled hospital huts after Indian medical huts featuring clay floors, crevices to bring in fresh air, and fireplaces to expel bad air. The small, well-ventilated log huts were capable of each holding six to eight patients.

On April 3, 1777, Tilton was appointed hospital physician. During the war, he directed the hospitals at Princeton, Trenton, and New Windsor and inspected the military hospitals at Bethlehem, Reading, Manheim, Lancaster, and Newport. Dr. Tilton was also given the duty to inoculate soldiers against smallpox.

“Probably without Tilton’s devises for cleaning up hospitals, Washington’s army would have been defeated; and we know only too well what great strits the country had been reduced by fever and epidemics. We believe that there would have been no hope of success if this scourage of typhus had not been arrested.” -Dr. Thomas C. Stellwagen

After the war, Dr. Tilton acted as a representative for several organizations that were vital to the establishment of the United States, and many are still active today. He became the first president to the Delaware State Society of Cincinnati when it was established on July 4, 1783. He held this office until 1795 and was delegate to the general meetings of the Society of the Cincinnati from 1784 to 1793. He served in the Continental Congress until 1785, and then went on to become a member of the Delaware State House of Representatives for several years. Dr. Tilton was Delaware’s first Commissioner of Loans under Alexander Hamilton from 1785 to 1801 when the U.S. Treasury Department was created. Perhaps most notably, Tilton was a founder and first President of the Medical Society of Delaware, incorporated in 1789. Dr. Tilton moved to Wilmington in 1799 after his brother, Nehemiah, became the Burgess or Mayor of Wilmington. He purchased 63 acres in the city and built the Tilton Mansion, which is now an official Delaware Historical Marker.

After the War of 1812 began, Dr. Tilton once again became involved in preventing overcrowding and unsanitary practices in hospitals. He published a small treatise entitled, Economical Observations on Military Hospitals and the Prevention and Cure of Diseases Incident to an Army. In 1813, Dr. Tilton was appointed the first Surgeon General of the U.S. Army, where he directed the affairs of the Medical Department of the Army until 1815. During his time as Surgeon General, Dr. Tilton toured and inspected the hospitals and camps along the northern frontier and learned that sanitary practices were not being followed. He established new hospitals and followed hygienic practices to improve conditions, which resulted in the publication of his Regulations for the Medical Department issued in general orders of December 1814. Unfortunately, on December 7, 1814, Tilton underwent an amputation of his thigh after the development of a malignant lesion on his knee. After being honorably discharged from the Army, Dr. Tilton spent his remaining years pursuing his interests in horticulture, agriculture, and philosophy until he died in 1822. 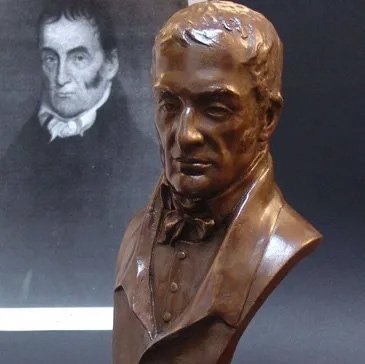